Rise Of The Dead: Top Zombie Films Of The Past Decade 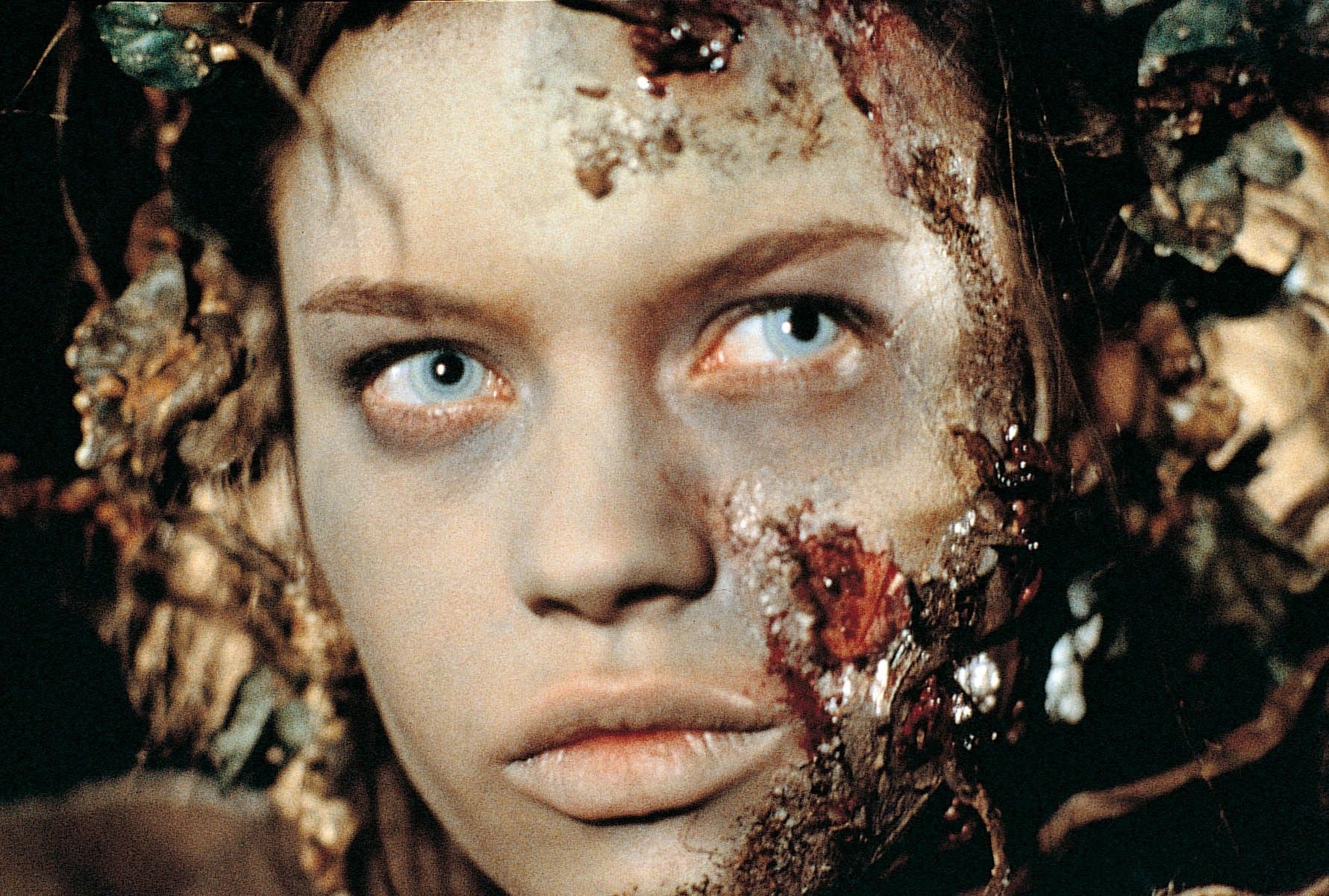 The 21st century has seen the once humble, cult figure of the zombie turn into popular and much explored genre. The walking dead even have their own hit television show, funnily enough, it’s called The Walking Dead. So with Juan of the Dead and The Return of the Living Dead released on 4th June, what better time than corral together a few examples of 21st century zombie cinema and take a quick flippant look at what made them so memorable?

The zombie, if we go back to Haitian mythology, was a person drugged by a wicked witch doctor working, quite possibly, at the behest of a plantation owner who wanted slaves to work for nothing. Haitian peasant society lived in fear of the Bokor, a priest who dealt exclusively in the dark arts and could create ‘zombies’. But what’s this got to do with the on-screen flesh-eating kind? Well not a lot, really. Several early movies used the Voodoo zombie in such works as White Zombie (1932) and I Walked with a Zombie (1943) but it was George A. Romero and his ghouls who caught the cinema-going public’s imagination.

Flesh-eating zombies would be the greatest twentieth century horror creation but it reminded more or less a cult consideration until the 1990s. Capcom’s Resident Evil games were hugely influenced by Romero’s and others including Lucio Fulci, and thus the rise of the dead occured. We might not like it (especially anybody with a brain) but Paul. W.S. Anderson’s Resident Evil (2002) flick was key in the popularity increase because it gave the zombie some mainstream cred. Then along came Danny Boyle’s 28 Days Later (2004), which isn’t even a zombie film. (Sorry but it isn’t.) However, that film’s origins lie in Alex Garland one day having an idea: “What if zombies could run?”

As author and filmmaker Clive Barker once said in his A-Z of Horror show, about the nightmarish quality of the zombie, and this is a paraquote: “It’s because there’s so damn many of them.” Indeed. Zombies are simply dead human beings come back from the grave to feast on the living. The origins of why this occurs have been played with by filmmakers since Romero’s time. It links in with fears of bioweapons, our fear of death and the decay of our own bodies. Zombies have even been subjected to Marxist interpretation.

The past ten years or so have seen a massive influx of titles which cater to all ‘tastes’. Frank Darabont kick-started a zombie television show with The Walking Dead and George A. Romero has produced three new ‘Dead’ pictures alone. Zack Snyder took Alex Garland’s ‘fast zombies’ notion and turned in a decent remake of Dawn of the Dead (2004). B and Z movies have given us everything from ‘Colin’ and ‘Zombie Strippers!’ to the wonderfully-titled ‘Poultrygeist: Night of the Chicken Dead’. Hell, even Brad Pitt has got in on the undead act and will starring in World War Z in 2013. It is a real smörgåsbord ranging from big budget to no budget, so eat it up!

Simon Pegg and Edgar Wright outed themselves as zombie lovers in an episode of Spaced and from that decided to make a movie all about the undead hordes. Shaun of the Dead is without a doubt one of the funniest and most endearing horror-comedies in recent times. Endlessly quotable, quintessentially English (end of the world? best get down the pub for a few pints) and packed with laughs. Shaun is a zombie classic and really, really funny.

Zombies cannot run. It’s a fact even within the confines of movie logic and suspension of disbelief. It’s like asking somebody to accept that ameobas could go to university and get a PhD in, like, astrophysics. or something. Or not. Zombies running is controversial when put next to Romero-style shuffling walking wounds. However, in Night of the Living Dead, it must be said, the zombie that attacks Barbra and her brother Johnny is pretty fast on his feet. And zombie cinema is littered with zomboids that are fleet of foot. But running like Linford Christie (on speed!) is a bit much, yet Snyder, far from disappointing with his take on the modern zombie movie, made a pretty decent stab at things. Getting Sarah Polley to headline was a smart move and this re-hash doesn’t even bother to ape Romero’s master work. It does its own thing and gets by. Zombies running though, what the fuck?

Land of the Dead (dir: George A. Romero)

Fans had to wait a whole twenty years for Romero to make another ‘Living Dead’ movie. Twenty years, man (Say it like Jeremy Piven in Grosse Point Blank). Land of the Dead split audiences and barely made a dent at the box office. For the first time in the movie series’ history this production was backed by a major studio (Universal). In Land of the Dead, zombies and human co-exit almost peacefully – like George Bush promised between humans and fish. This is a very political movie and Dennis Hopper is said to have based his character, the evil Kaufman, on Donald Rumsfeld, then defence secretary and raging neo-con. Land is a brutal movie marred by the odd dodgy CG effect and totally abysmal cameos by Pegg and Wright. I’m sure they loved it and were honoured at their little moment, but it sticks out like a sore bleeding thumb. Land also features the wonderful line “Zombies, man. They freak me out.”

Evil – in a Time of Heroes (dir: Yorgos Noussias)

Greece might be in the shit at present but they produced this madcap zombie flick which features – honestly – Billy Zane playing a warrior monk who turns up at random intervals to kill zombies. It isn’t entirely surprising that a reading of this movie can be seen to reflect current economic woes but most audiences will enjoy it for being completely and spectacularly mental. Definitely one to seek out.

Bruce McDonald’s low budget zombie flick is a rare example of having literary origins as it’s based on a novel entitled ‘Pontypool Changes Everything’ by author Tony Burgess. It might sound, too, like a drama set in a small Welsh town but is in fact Canadian in origin. This is a little seen gem and its director even claims Pontypool is not really a zombie film at all, though most will say it sails so close, that it is. The premise is pretty original and features the English language being infected by a virus. McDonald might demure at the zombie tag but given we’ve just had a real life news report of a mad druggie eating a victim’s face off on a Miami highway, sounds like zombies all round to me.

Mon dieu the French love their horror painted black. This recent edition to the zombie genre is so downbeat it might have you reaching for the bottle and chaining smoking Gauloises whilst declaring “What’s the point? People – living or dead – suck.” The Horde sees a cops versus drug dealers narrative interrupted by an outbreak of the living dead. Trapped inside a tower block, the two sides join forces to save themselves but neither trusts the other and soon are back to arguing and even shooting each other. There’s no doubting this John Carpenter-influenced movie went on to influence Joe Cornish’s Attack the Block. No two ways about it. If you like your horror with a Gallic flavour and don’t mind subtitles, definitely seek this poisonous bonbon out.

Zombieland contains possibly the great cameo ever. Bill Murray turns up in the movie after the survivors pitch up at his house. Murray has been surviving the zombie apocalypse by dressing up as one of the undead. He’s been playing golf when he finds Columbus, Talahassee and two girls in his house, Wichita and Little Rock. The trio convince Murray to play a prank on poor Columbus, who ends up shooting Murray. As the actor lays dying, he’s asked by Little Rock if he’s any major regrets. Murray’s reply, ‘Garfield, maybe,’ is a gem.